I attended the Global game jam in Gothenburg this weekend. My team made a platform game where you try to save at least one female and one male of the species, in order to save them from extinction (which was the theme). In order to succed you must play each level multiple times, where each previous run is recorded and played back from the beginning.

My team consisted of myself, Andreas Bjerkeholt and Alejandro Valenzuela (check out his detailed report of the event on his blog here!)

The first day we spent prototyping a number of other ideas, (including dinosaur metroite bowling and a planet-light bending simulator where the goal was to make a ray of light reach earth :)) before choosing this platformer. 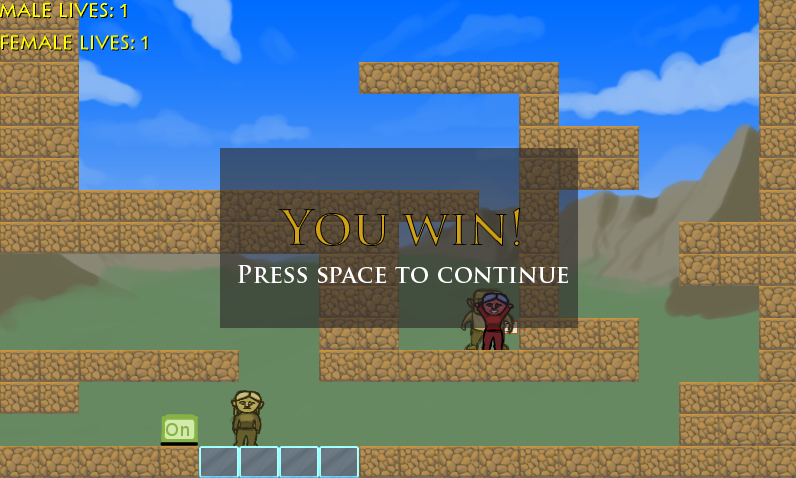 The major feature in the game is the recording and playback, and we spent a big portion of the time getting that to work good. At first earlier replays were interferring with later ones causing them to go out of sync.

We were planning to have a deadly wall of lava or crocodiles moving towards you from the left, hence the name Parallel Stampede (there’s a stampede, and you play many instances of yourself in parallel), but we didn’t have time to make that.

We got in a real hurry at the and, and made the levels in about 10 minutes each, and unfortunately the last level is very hard to finish. 😀 So here is the end screen so that someone sees it and my work is not in vain. 😛
(ignore the spelling error) 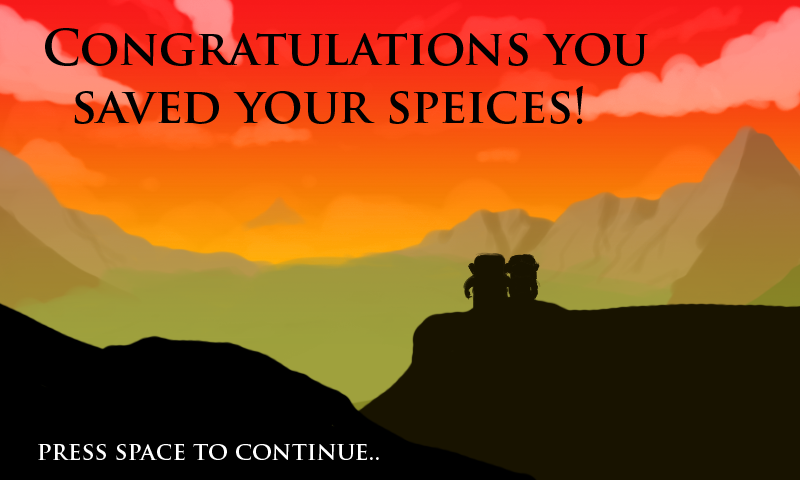 Some sprites, I’m happy with these considering they were made in a rush:

We used XNA with some base code for platformer games. This made it really easy to get the game up and running, but it got harder and harder to make changes without breaking anything. So a lesson for next time is to use a codebase you are familiar with.

It was a good experience!

Play it and the other jam games at the Global Game Jam site:
http://www.globalgamejam.org/2011/parallel-stampede