I took part in the Ludum Dare 48h game making compo again this weekend. The theme was “It’s dangerous to go alone! Take this!”. I thought it was a bit limiting, becuase it’s so specific, so I had a hard time coming up with an idea I liked.

However, I settled with the idea of a game where you control a little sub going for the surface, even if it didn’t fit the theme. Better a game that doesn’t than no game at all, and I kind of made it fit…

Click here to play the compo version (it’s in flash): The World Above.

I also made a timelapse of my screen during the making, you can watch it on youtube here: Timelapse. 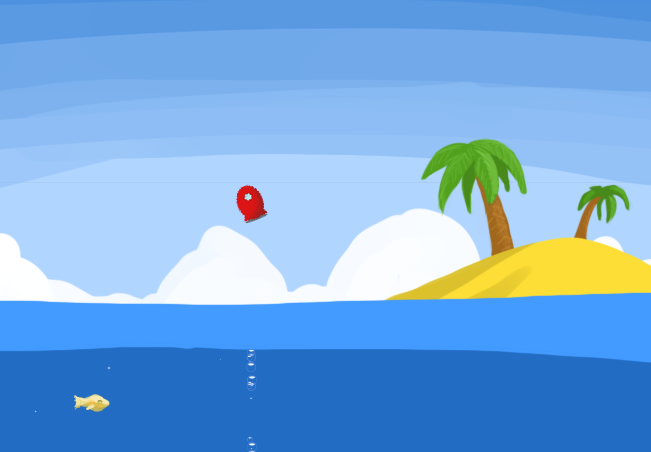 END_OF_DOCUMENT_TOKEN_TO_BE_REPLACED

I’m working on a shooter written in the Monkey language. It’s a new cross-platform programming language that can generate code for a whole bunch of platforms including Win, Mac, HTML5, Flash, iOS, Android and more. It’s a really simple language that resembles BASIC. It is kind of limited since is has to work on all those platforms, but I’m having lots of fun playing with it.

Here’s what I’ve got so far. Enemies just keep on spawning at the moment, so it’s kind of repetitive. 😛
Chrome recommended for performance. IE doesn’t even work yet (until IE9 which is coming out in a couple of days.)

There are currently two control schemes:

Space drops a bomb in both cases. And you shoot backwards. 🙂

I haven’t decided on which to use yet, if you have any feedback make a comment!

PLAY GAME! (Note: Lots of flashing going on. If you have epilepsy be aware!) 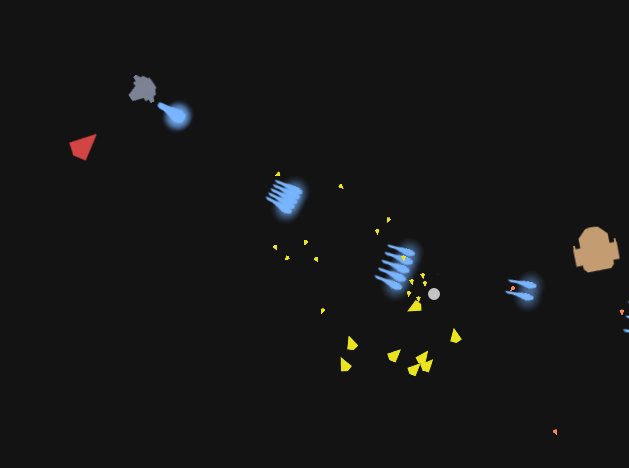 A flash experiment traces a path which is affected by gravity from planets. You can move the planets around to make interesting shapes. You can also add more planets and scale them.

Updated! Cleaned it up and added more controls. You can now change the number of steps the ray traces and a bunch of other things. 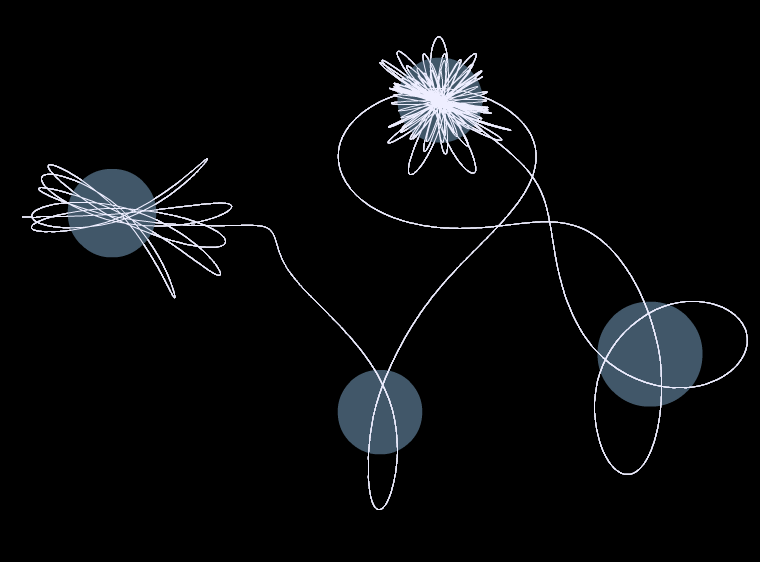 In my last post I talked about a technique to calculate the velocity vector needed for a projectile to intercept a linearly moving target.

Here is a flash example and sourcecode:

I have been playing with target intersection prediction after I played a game called Beacon, where the enemies predict where you are going. After a bit of struggle, I got it to work accurately. This post at stackoverflow helped. I’m going to explain how it works more in depth.

Assumptions
Here we have a cannon on the ground, trying to hit a flying target. Let us assume the target is travelling with constant velocity, unaffected by gravity, and so is the projectile shot by the cannon.

The target will have a known velocity u. We will also know the speed of the projectile |v| in advance, and we want to find the vector v that will make it hit the target.

Method
The idea is to transform the shooter and target to a new coordinate system where the line between them is one of the axes, match up the parallell speed, and then calculate the appropriate tangential speed for the projectile. 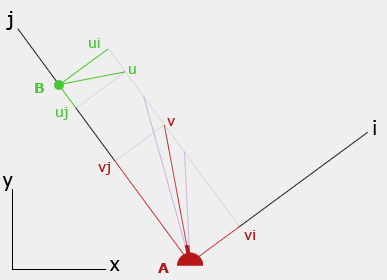 To calculate vi, first find the vector between A and B, and normalize it. Then project u onto AB using a dot product, giving uj. Subtracting uj from u, we get ui which is equal to vi.

Once vi has been determined, |vj| can be found by using Pythagoras theorem, since we know the magnitude |v|.

Then we can multiply the unit vector AB by |vj| to get vj, and lastly, add together vj and vi to get v

It can be interesting to note that any vector v with vi=ui, and vj in the direction of the target, will make the projectile hit the target. For example the two purple lines in the diagram. But the only one with the correct magnitude is the v we have found.

This example is in 2D, but the same method can be used in 3D by considering the plane in which the target, cannon and target velocity lies.

Corner Cases
It is not always certain that the cannon can hit the target. This can be the case if the target is faster than the projectile, and moving away from it. For the hit to be possible u must be greater than vi at the time of fire. If u<vi the expression in the square root will be negative, and thus the root will be undefined, so you should have a check for that.

I have updated this article with some pseudo code, and to be much easier to understand.